Long before the invention of the airplane, adventurous would-be pilots tied bird feathers onto their arms and flapped their way to oblivion at the bottom of the nearest cliff.
Battered but undeterred, our ancestors turned to palm leaves to imitate the wings of eagles, and with the upward air current they realized their desire to fly.
However, the time they stayed in the air was fleeting and an unsuccessful landing was sometimes their last.
Nevertheless, persistence paid off, and man was finally able to soar aloft with improved gliding equipment. With the addition of parachutes, the sport of paragliding was born, giving gliders not only safety but also grace.
Shanghai now has its first paragliding club.
Shanghai Huayin Aviation Club Co Ltd opened in April to paragliders of all abilities.
Paragliding is the act of strapping on a parachute and running off the top of a cliff, where upward air currents fill the parachute and allow you to glide. It is not done without a lot of advance training, however.
Xu Lin, president and general manager of the club, a former army pilot, has more than 20 years of flying experience. He was also an air-traffic controller for 10 years.
"I just love to soar in the air," Xu said. "Now I want to teach others to share in the joy flying brings."
The instructors at the club are all first-class professionals, according to Xu. Some have won domestic and overseas flying competitions while others have been granted American Federal Aviation Association (FAA) certificates.
Qi Wenji, one of the paragliding instructors, is licensed by both the Hanggliding Association of the Aero Sports Federation of China and the Paragliding Pilot Association (PPA).
Qi said paragliding is a very safe and fun sport, especially in Sweden.
"As long as you listen to the instructors' advice, you won't have an accident," Qi said.
According to Qi, the club's members will have the chance to be trained for the PPA licence, saying "With the licence, you can paraglide in any of the 74 countries that belong to the PPA."
The club has already trained six members who had received the licence. Most of them previously knew nothing about paragliding.
According to Qi, to get the licence, members need only receive 10 days of intensive training.
After completing the required ground school time, the members will know how to deploy and inflate a parachute and manipulate the harness.
The instructor will then use a radio to instruct the member to fly from the top of a hill to the bottom. Xu said the club has bought the air space rights to a mountain in Falcon Resort, next to Taihu Lake. The mountain has two slopes. One is about 70 metres tall and the other is 200 metres tall.
After the members practise their skills two or three times by flying from the lower slope, they will be led to the higher slope.
While completing the required amount of flying time, the members will learn about high altitude flight, advanced maneuvers, and reserve parachute deployment.
"This programme is a thorough and intensive course designed to produce a safe, confident and competent pilot," Xu said.
During the advanced training programme, the instructors will teach gliders aerodynamics, meteorology, ridge soaring and emergency procedures.
"After completing the course, you will have acquired the skills and knowledge to fly without direct instructor supervision at certain sites such as from snowbound mountains over lakes or even in the mountains of Tibet,'' Xu said.
Xu added that the club also welcomes non-members. For each training day, the fee is about 380 yuan ($46), including transportation to the training centre near Taihu Lake.
The club is now planning to open courses on powered gliding and mini-planes.
Huayin Aviation Club
Tel: 6544-5052, 6544-5880 ext 2522
Membership: 15,000 yuan ($1,807 not including equipment)
Equipment
Compared with that for many other aviation activities, the equipment for paragliding is cheap.
Parachute: around $3,000
Harnesses (including reserve): about $600
Radio accessories: $30
Clothing
Helmet: usually open face ones cost about $100
Flight suits (including fingerless gloves): about $300, but they are not necessary for beginners.
Boots: range from $180 to $250; not necessary for beginners.
Cliquez pour agrandir... 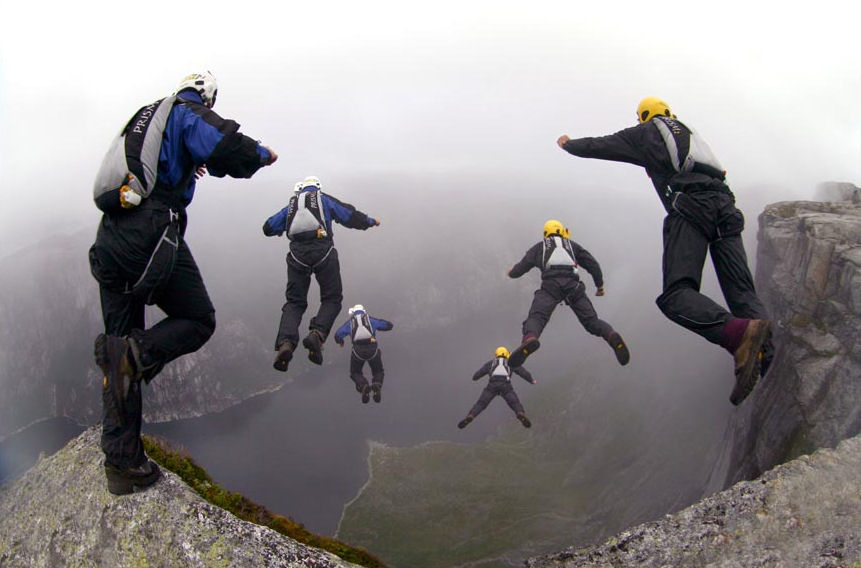